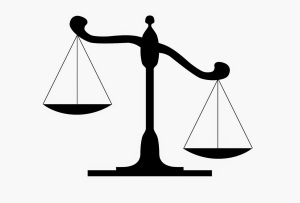 Life is full of difficult situations.  I realize that in comparison to losing my first child, most other issues seem to pale in comparison.  I don’t get as upset about the little things any more because I have been through the worst possible thing I can imagine.  I also realize that if a person has never gone through this tragedy they are not going to fully understand what it is to go through it.  I hope that people who never have gone through it never will.  That being said, I also wish people would learn to think before they speak.

I wish they would because it would be nice, but that isn’t my biggest issue.  The thing that makes me insane is when people compare things that are happening in their lives to losing a child.  If you have never lost a child it is not something you want to know and it is not something that should be taken lightly.  I have heard people in this week compare losing a child to the following: losing a car, losing a pet, losing connection to a friend (the person was still living, just out of touch).  There were other things as well but to avoid rambling I’ll stop there.  Losing a child is nothing like those things.  I get that these things are sad.  I have pets.  If one were to pass, it would be sad.  It is NOTHING like losing a child.  Having been through both I can say this without a doubt.

I think the thing that bothers me is that people use this comparison so lightly.  They say it like they understand and like it is not a big deal to have dealt with this.  I have never had cancer.  Because of this fact, I would never say, “This current ailment I have is like having cancer.”  It would be silly to say that and if I did, people would think it was rude to say this as it is offensive to those who are suffering from it.  Hearing people bring up these comparisons just acts as a reminder to my pain and makes me feel like people really have no idea what it is to have gone through this.

#pregnancyandinfantloss #babyloss #stillbirth #miscarriage #infantloss #october15th #pregnancyandinfantlossawareness
Our annual cookout fundraiser. We would love to have you there! www.cookoutforacause.com
We are working hard to develop videos with stories, advice, resources, and more for baby loss families!
#recoverybox #hannahsheartandlove #becauseeverylifecounts #pregnancyloss #miscarriage #babyloss #babyboy
My favorite picture of me pregnant with Hannah when she was in her 24th week. She passed away the next day. @whattoexpect #bumpday #carryingtoterm #wearestillmothers #allthatlovecando
A box sent out to a mom who lost her sweet baby boy. This is the second baby she lost <3 #babyloss Delivered to New Jersey